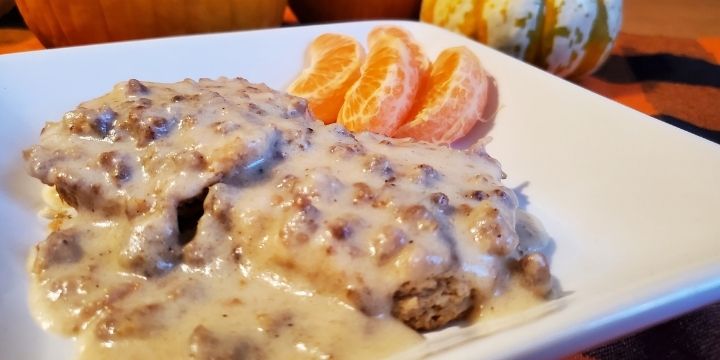 Sausage gravy is comfort food that grandma made that is unforgettable. I’ve worked for years to perfect her methods of making old fashioned gravy. For all the best homemade dressing, dip, and sauce recipes check this out.

Gravy is one of those comfort foods that warm you like a hot bowl of soup. It sticks to your ribs. It warms your soul. And it reminds you of where you come from. And my favorite thing on grandma’s old-fashioned biscuits is some sausage gravy. There’s nothing better.

My favorite thing on the Thanksgiving table is turkey gravy like my grandma made. Mmmm, grandma food!

I looked up the recipe for Alton Brown’s sausage gravy recipe and it looks good, but it’s missing the love that grandma’s has. Alton is awesome and the expert. I love him. But grandma knows more than facts about cooking. It’s more than science. It also has soul.

One of the keys to making the BEST sausage gravy is to start with a good quality sausage. My family loves blue and gold and it’s locally produced in Oklahoma where we live. So, we get it any chance we can.

Once you have some good sausage, there are a few key hints that make some gravy blow away all the other gravy. It takes a little finesse. The longer you cook gravy, the better it tastes. You definitely need to cook it long enough to cook out the “raw flour” taste. But the longer the better.

In Alton’s recipe, he says to remove all the fat but two tablespoons. In the south we don’t do that, we let the amount of fat speak to our soul as to how much gravy will be made. If you have leftover, it can always go on a piece of toast or some shoe leather, or whatever you have around the house. 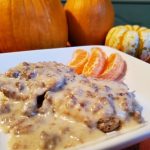 For my second choice of sausage, if I can’t get blue and gold (it’s only sold through school fundraisers), I choose jimmy dean country style. It’s a close second and may be available to more people around the country. It makes a really good gravy too.

When choosing sausage, make sure it’s pork sausage. Make sure it has a little spice to it (not too much for me). I love sage sausage, but not for gravy, so I wouldn’t choose that. Most sausage does have a little spice (which means peppers) so if you are can’t do a tiny bit of dried peppers (a nightshade) like I can, choose another way to spice it up like ground pork with lots of black pepper. Whatever works for you.

If you’re thinking about the gravy packets. JUST DON’T! That is not gravy, but if you need something to hang your wallpaper with, you could buy it for paste. Old fashioned sausage gravy does NOT come from a package.

Gravy is cheap to make and easy once you get the hang of it, so learn the skill and save your tastebuds and budget. Gravy packets are also full of chemicals you don’t need.

If you master homemade gravy, you can be a legend too. And while you’re at it, work on mastering my grandma’s homemade biscuits. You’ll be so glad you did because these two are a match made in heaven!

For other sausage recipes using blue and gold sausage (or whatever you have available that tastes great) check out sausage balls that can be made ahead and frozen or made fresh and served. There are also sausage empanadas.

For more recipes with Blue and Gold Sausage, check these out:

For more breakfast recipes, check out breakfast casserole, pancakes, banana bread and more on the blog. I want your breakfasts to hug you for the whole day. 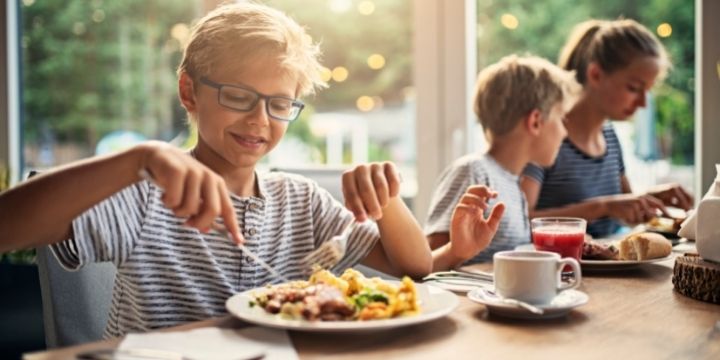 One of the hardest things about cooking for little people is planning options kids like too. These quick dinner ideas for kids are a lifesaver and having quick and easy dinner ideas that are healthy too is a dream come true! 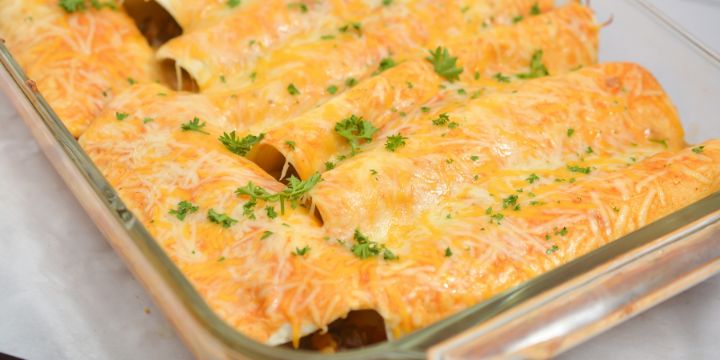 I LOVE Mexican food flavors and I LOVE easy dinner ideas like these 5 ingredient beef enchiladas! I also love inexpensive ingredients like tortillas and ground beef! 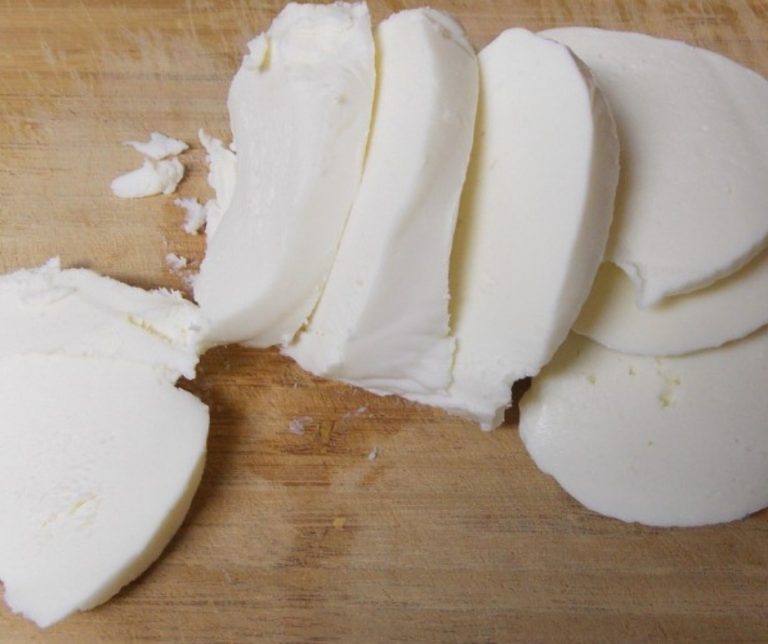 Making fresh homemade mozzarella cheese is by far the easiest cheese I have made. It’s unlike any cheese you’ve tasted from the store. 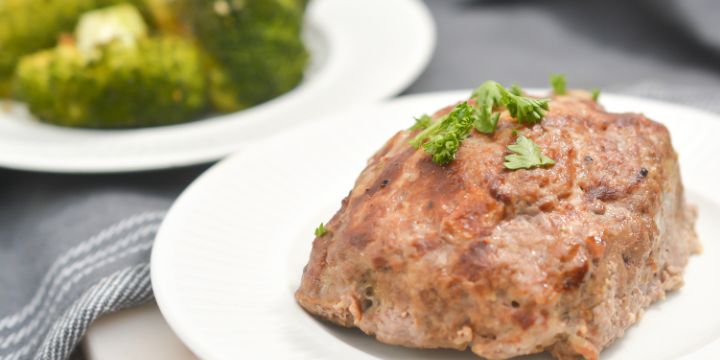 Well-made meatloaf is bomb! It’s cheap, easy, delicious, and can be made ahead, frozen, or made right then. This bbq make-ahead freezer meatloaf is going to be your favorite freezer meal to have on hand. 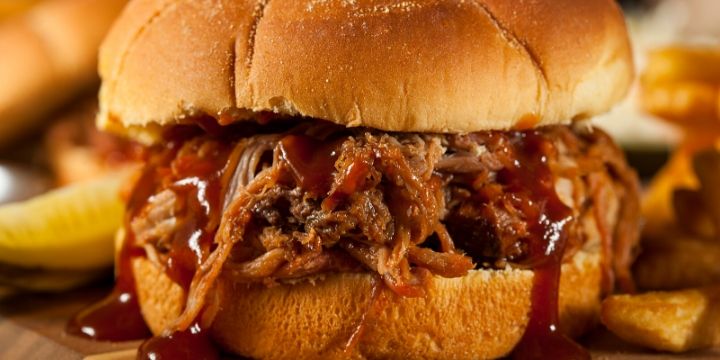 My family loves BBQ and I bet yours does too. You can get the smoky flavors of BBQ pork roast with a big ole cheap pork roast and some delicious dry rub right in your crock pot. 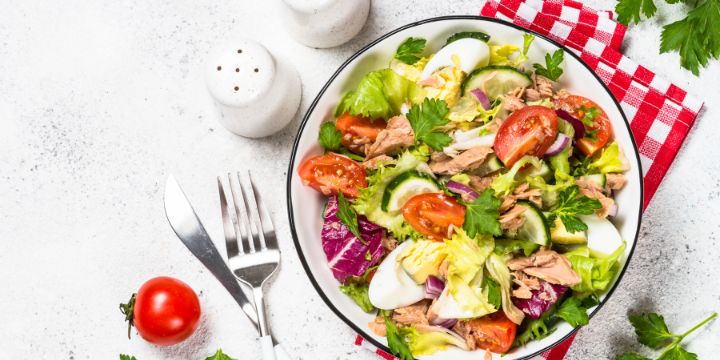 Canned tuna is one of the least expensive proteins you can find. So learning to make these canned tuna recipes will give you quick meals in no time flat!