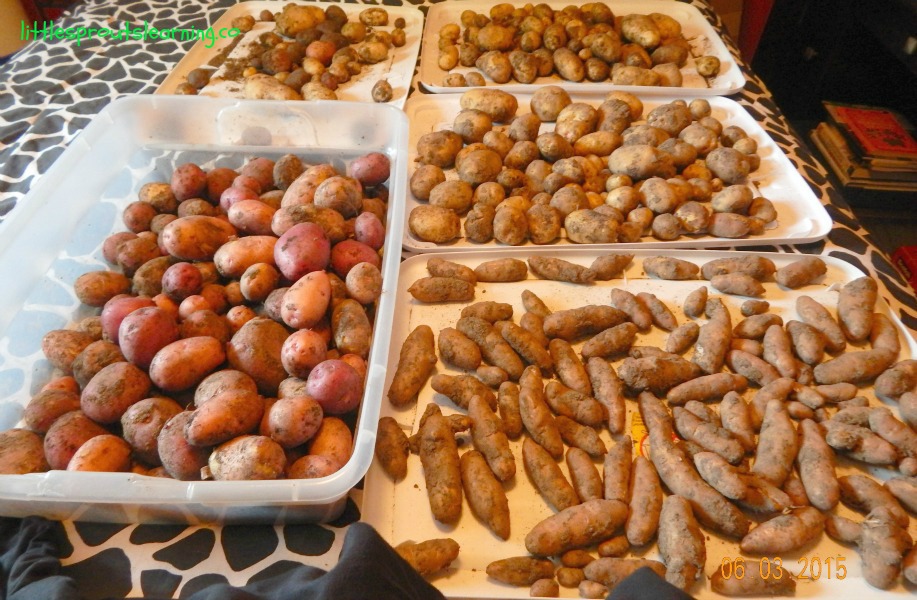 Potatoes are a fun crop for your garden. Find out the steps to growing potatoes and what mistakes to avoid. Homegrown potatoes are much healthier to eat! And check out this month by month garden planning guide to help you know when to plant!

✔Here’s a link to a great vegetable garden planner you can print right out and use at home! So cute!

Have you ever wondered how people are growing potatoes? Do you know what happens to potatoes that are conventionally grown? It’s important for your health to find out.

Potatoes are delicious baked, mashed, fried, roasted, and steamed, whatever way you like. They are versatile in a ton of dishes and can be seasoned a million different ways as well.

They are also packed with nutrition. Potatoes are high in vitamin C and potassium and they provide a good amount of fiber and iron. I like potatoes and have a very hard time finding potatoes I can eat.

I have multiple chemical sensitivities and have moderate to severe reactions to many chemicals that are added to food. Potatoes are one of the most treated foods in our food supply. I react severely to formaldehyde and guess what growers douse store-bought potatoes in? You guessed it, formaldehyde.

Why would growers do this? Formaldehyde is used in the treatment and prevention of potato scab which is a fungus that attacks potatoes. Potatoes grown in a mono-crop setting are particularly vulnerable to scab.

We Americans love our perfect-looking produce and if growers didn’t spray chemicals on our potatoes, they wouldn’t look as great in the stores when we buy them.

Then, you guessed it, potatoes are sprayed with more chemicals after harvest so they won’t sprout and will be able to travel long distances to our groceries for us to buy them, and so we can store them at home. Many of the shameful acts committed against our food supply are due to our demands for perfect looking food.

In America, tons and tons of fresh produce is thrown away before it is even prepared for market. Why? Because it’s not cute enough for someone to buy it. We want perfectly shaped, colored, and sized foods.

After washed and peeled, potatoes still contain a lot of chemical residues.

According to OnlyOrganic.org, potatoes are treated with the following:

After doing some research on why potatoes were causing me severe violent reactions, I realized even if the potatoes weren’t making me sick, I wouldn’t want to be eating them anyway, and I sure as the world don’t want my babies eating them.

I am responsible for growing healthy kids. It’s my job to provide them with safe food. I feel that God has shown me the knowledge and now I am required to use it to better the lives of the people I love.

My concern with the food supply is a big reason we started such a big garden at Little Sprouts. Organic potatoes are very hard to come by where I live in Oklahoma. I can find them at my local store occasionally, but other than that, I just don’t eat potatoes or serve them to my kids unless we grow them ourselves. But you can grow potatoes even if you are a beginner!

There are just a few steps to growing potatoes for success. Take big seed potatoes and cut them into chunks and plant them. They are easy for the kids to handle and bury in the soft earth. There is just one problem…we weren’t having any success.

Year 1 we planted two pounds of seeds and got three tiny marbles… I’m not kidding, three marbles. They couldn’t even have been considered steelies, just regular marbles.

Year 3 we planted four pounds and got eight pounds. Wow, doubling our production is quite a bit more successful than what we’ve experienced, but still, I am losing money on this venture. We thought year three was our year, it finally looked like something was happening.

Each year we bought organic seed potatoes for obvious reasons. Every time we thought it would be our year. But our hopes were high and our returns low. So what were we doing wrong?

Let’s talk about Year 4. We planted eight pounds of seed and harvested 58 pounds of marvelous potatoes! Finally, success! The kinds of potatoes we grew included fingerlings, Yukon golds (my favorite) and the red potatoes.

What did we do differently?

I did some research on what types of potatoes grow best in our area. Those red waxy potatoes that most people eat as new potatoes are definitely the best growers here.

I don’t really like them as well as I like some others, but I bought some for the kids to plant this year and they way outperformed all the other potatoes. So if I want to grow a lot of potatoes in Oklahoma, I’m going to have to grow red potatoes.

We planted earlier. I had always heard everyone saying plant your potatoes on St. Patrick’s Day and harvest before the 4th of July. This year I had the kids plant the potatoes as soon as they arrived and were cut. We ordered our potatoes from Wood Prairie Farms.

I don’t like waiting. Ooops, did I let out a secret about myself? Anyway, back to cutting potatoes. There is an energy line that runs down the center of each potato to all of the eyes. That line puts out the energy to grow potatoes. If you cut the line into four pieces, you get four times the energy for growth. It makes perfect sense!

We had a cooler beginning of spring. My friend Terri said potatoes don’t form or grow tubers after soil temps reach 75 degrees. I did some research and maximum tuber formation occurs with soil temps are between 60 and 70 degrees, so our weather this year had a lot to do with our success. Thanks Terri for that really helpful tidbit!

Usually, in Oklahoma, it goes from freezing to 90 degrees in a matter of a week or two in spring. We don’t usually enjoy any spring-like temperatures, but this year, we had two whole months of cooler days that weren’t frigidly cold. Our cool-season crops enjoyed it immensely!

More information on how to build raised beds, build a trellis for your plants, and basic gardening information you need is available here in these beginning gardening videos. Click here for more information. You can even download a tour of what types of beds we have in our preschool gardens for free.

Here are the steps to growing potatoes:

As soon as they arrived, I cut them into quarters and laid them out to dry.

After about three days, we dug 6-inch trenches in our potato beds and the kids dropped potatoes in. I tried to even them out to about one every four inches, but when you’re working with a group of young kids, nothing is perfectly symmetrical.

The kids covered the potatoes with soil, so they were buried about 6 inches deep.

We would have watered but we were getting rain every week, so we let God do the watering for our whole potato season. After about three weeks, the greens popped up through the ground and we watched our potatoes grow. We had lots of hope.

Or for how to build a potato tower, check this out.

After the potatoes flowered, we waited until the vines started to turn yellow and we dug one bed, and then a few weeks later dug the other two.

Video by Ever Change Productions, check them out!

We made sure not to get the potatoes wet. Then we just laid them out in a single layer (we used plastic tote lids because that’s what I could find). We covered them with a black sheet to make sure no light gets to them but air does.

At first we ate a few, but are letting the rest cure. After about two weeks in a cool dry place, we will store them for eating later. They should be stored at about 40 degrees. The closest place I have to that is the refrigerator, so I will be storing ours in the fridge.

Any root vegetable or plant that grows it’s produce under the ground needs loose soil. If you have clay soil, amend it with some peat or vermiculite and maybe some sand to loosen it up. Potatoes need plenty of organic matter for nutrition to grow healthy plants. They also grow better in the ground than in raised beds!

I urge you to try growing potatoes. They taste amazing and you KNOW what is on them. You can also find different varieties than are available in our grocery stores, so it’s fun to explore the world of potato shapes, colors, and flavors.

The kids learn so much from growing their own food in the children’s garden. Potatoes are no exception. Just follow the steps to growing potatoes and you’ll do great. Also, remember, if you have a hard time with growing something the first time, don’t give up, sometimes the third time is the charm…or the fourth! You’ll have your own little potato farm in no time.

There are some crops that are easier to grow and are more nutrient and calorie dense that will save you the most money on your food budget as money gets tighter and tighter. Check out the essential crops to grow for a survival garden here. 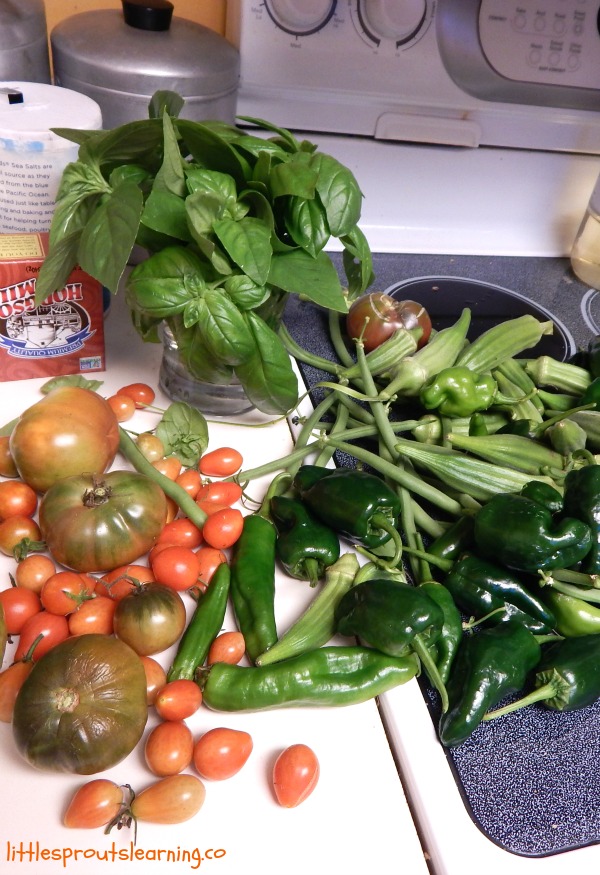 October is a busy garden time as we prepare for the first frost of the year in Oklahoma. It’s time to put a lot of the garden to bed for winter. Prepping the garden for winter in the fall will give you a much better garden to start with in the spring. What you do in the garden in October is important! 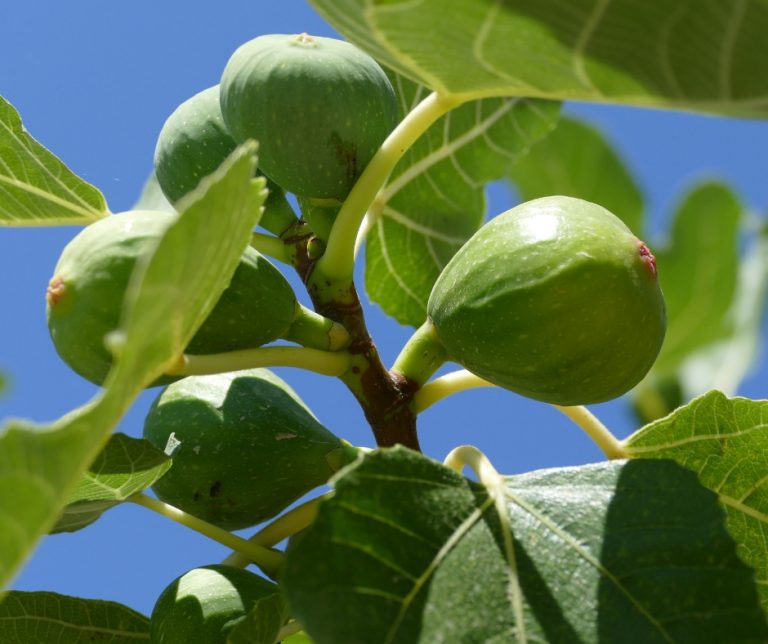 If you are looking for an unusual fruit tree for your landscape that is a gorgeous ornamental plant as well, you might want to grow a brown fig tree. 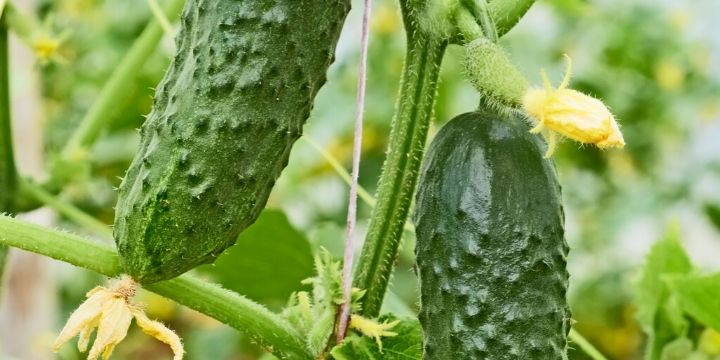 One of my favorite things to grow in the garden is cucumbers. They are so much better than store bought. Here’s how to grow cucumbers vertically. 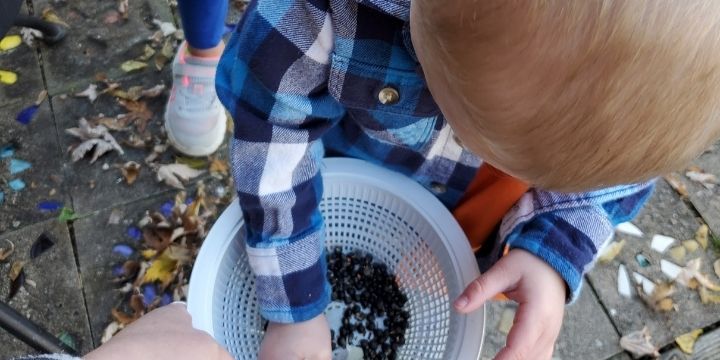 If you’re just getting started in gardening, start with some easy plants. Here is a list of the easiest vegetables to grow from seed in the garden. 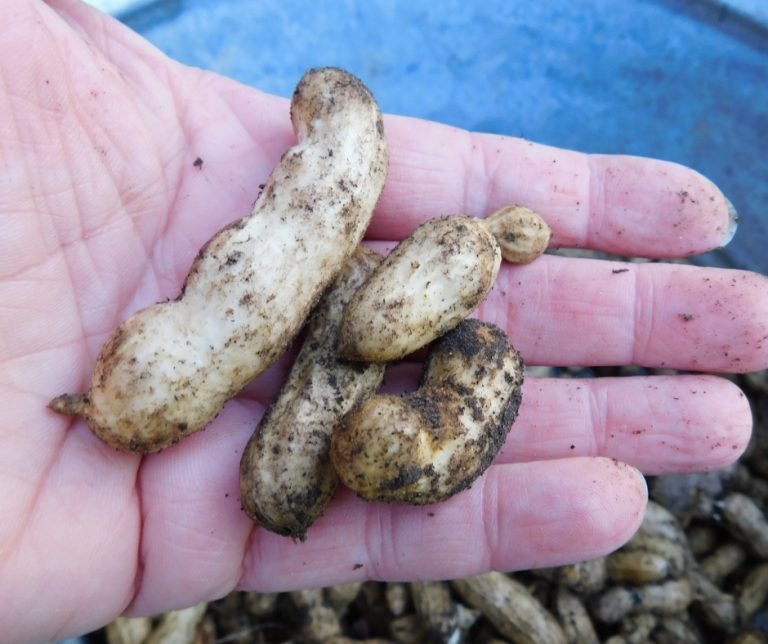 Peanut growing and harvesting is super easy if you have a nice long hot summer. We tried growing peanuts this past garden season and it was really cool. 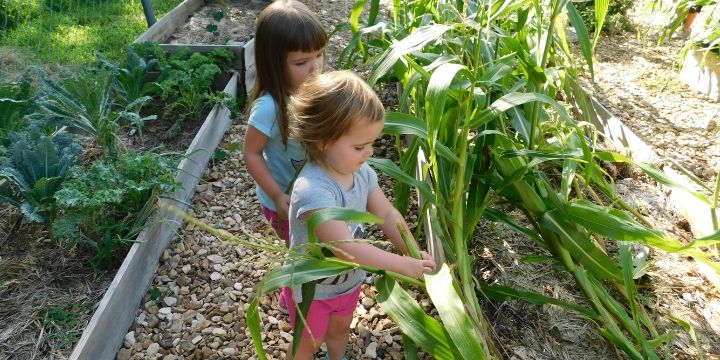 Learning how to plant corn in your garden is simple. As long as you provide the plants enough water and keep the pests at bay, you’ll have corn success!