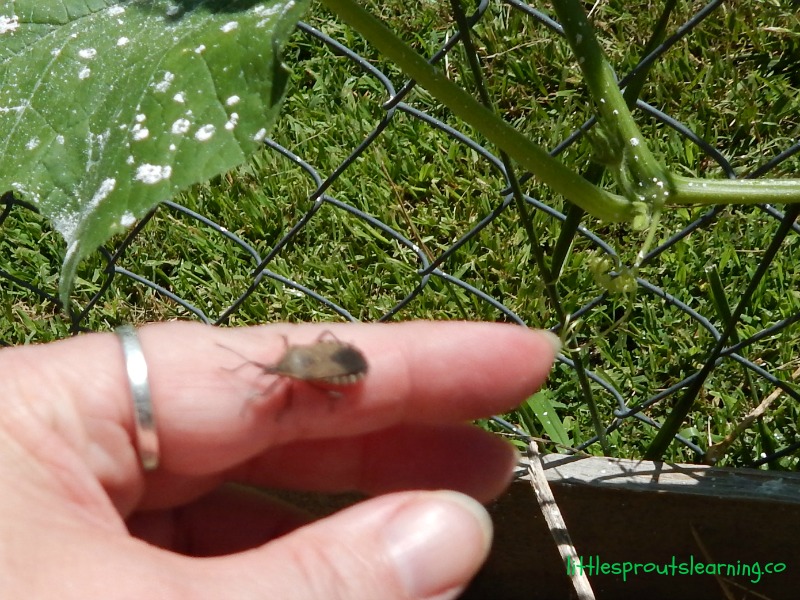 Do you want to get rid of squash bugs as much as I do? In our children’s garden, we hardly ever grow even a single squash. Here’s what I’ve learned in my gardening for beginners about how to kill squash bugs or at least control squash bug populations!

I have heard 100 tales of how to get rid of squash bugs, and I have tried all of them but one. Rotate crops, intercrop, handpicking, use Seven, even that doesn’t work!

I have not tried it but a friend of mine used it our first year gardening and I handpicked mine and we ended up with the same results, a million more came. It seems like there is nothing, and I mean nothing that will get rid of squash bugs.

Squash is attacked early in the season in Oklahoma by the squash vine borer. These little monsters are a black and red wasp looking bug that lay their eggs in the stems of the squash and when they hatch they eat the stems from the inside, killing the plant all at once within a few days.

Then the beetle bugs start. They are truly not squash beetles, but squash bugs, but if you have anything left from the squash vine borers, next the squash bugs will come and start sucking the stems of your plants. So you can see why you’d want to get rid of squash bugs in your garden if you have them.

They are stinky little bugs. When I was a kid we always called them stink bugs. They make a yucky smell when you squish them.

I was told hand picking in the best way to decrease the population. Last year after we picked thousands of them, we went out and saw thousands more. Squash bugs are relentless.

The best way to handpick them is to wrap your hands in duct tape with the sticky side out and just press it onto the adults, nymphs or eggs and they stick right to it. You can do it until your tape is full and then make another “sticky glove” and start again.

This cuts down the population quite a bit and doing it a couple of times a day can help. You’ll find the copper-colored eggs on the underside of leaves or at the stems. They come off fairly easily with the duct tape method, but sometimes it’s hard to get down in the crack between the veins. I just scrape them off with my fingernail in there. It’s difficult not to damage the leaf.

How to kill squash bugs

Another method to kill squash bugs with handpicking is pick and smash, this is a little much for me. You can also hand pick them and throw them in a bucket of soapy water and they will die immediately.

Many people have said if you rotate your crops, they will go away. I rotate every year, but in the case of the squash bug, I really think you would have to rotate to China to outrun the suckers.

Some people have suggested planting a large variety of squash and the squash bugs will eat one kind and leave the others alone. I have planted 10-20 types of squash yearly and they eat it all, they eat summer squashes first, then winter, then onto the cucumbers, then the melons and finally whatever else is left in the garden.

This year I decided to do an experiment and test the numbers. We planted 15 kinds of squash all over the garden in different places than we planted squash last year.

We planted one kind in the three sisters’ plan, with corn for the trellis, beans for the nitrogen and they climb up the corn, and the squash grows on the ground to shade the roots of the other plants. The other plants are supposed to deter the pests of the squash plants.

I had placed pumpkins all around the perimeter of our fence on the outside last fall after our trunk or treat at church and let those sprout up on their own. I thought maybe the bugs would go there and stay outside of the garden. Sadly, the borers took those out very quickly.

We also did an old wives tale where you let the seed sprout, then you cut and x in an aluminum pie pan. Then you feed the seedling carefully through the hole in the pan. The pan is supposed to deter the bugs from getting to the plant.

In addition, We did a method where you inter-plant your squash with white icicle radishes. So we had five different factors to check.

I will report to you that no squash survived in our garden. The variety did not seem to help as all of the squash is eaten. The pumpkins, of course, went first, then next to go was the pie pan method. I don’t know if the pans and the hot sun burned those up or what but inside the garden, they were the first to go.

Next to die off was the three sisters squash. The corn and beans did great, and the beans are still going strong, but we got no squash from there.

Last but not least, the longest lasting squash survivor were the ones that were planted with the white icicle radishes. We planted the radishes all over our garden where there were squash, melons, or cucumbers after that.

Not many of them germinated because it’s so blasted hot right now, but I do think it will help deter the little bugers.

We planted new squash plants all over the area as well, hoping maybe to get some type of harvest later in the season. In Oklahoma we have a really long growing season, so you never know. It depends on when old man winter decides to show up.

Hopefully, it was not too hot for the seeds, but we will try to plant again in a few days if we get a cool spell of under 95 degrees. Maybe they will have a chance then. If a seed gets too hot, it will kill the life inside of it and it won’t germinate.

Some people suggest using Diatomaceous Earth to cut down the population. It’s a great natural product and does help with the nymphs but not adult squash bugs. Also, it can harm pollinators, so you have to be careful not to get it in the flowers.

Another drawback of DE is that you have to reapply when any moisture gets on it. Here, it’s so humid, that means every day.

I won’t lie and say any of these methods are sure-fire or give you hope you can totally get rid of them. I’m being honest, some methods help and some don’t. I know that being vigilant and removing as many as you can is your best hope. And get in there early and often with your methods. You’re going to have to try more than one.

Recently, I’ve heard of an idea of mixing ash and garden lime and making a circle around each plant with it. We didn’t have any ash, so we tried just the lime along side of our plants being careful not to get any on the plants because it will burn.

The population is cut down drastically, so I think next year my ash and lime idea will be the method we choose. It worked better than anything we’ve ever tried! This is the kind of lime we tried.

Be vigilant, and don’t give up because gardening is fun and you get to have veggies.

If you have a great idea of how to get rid of these awful creatures or at least slow them down a bit, I would love to hear it! Many people have suggested neem oil, but it says right on the container that it harms bees, so I hate to use that.

One reader suggested using neem heavily before the plants flower. That way bees will not be coming to them. That is a good solution.

More information on how to build raised beds, build a trellis for your plants, and basic gardening information you need is available here in these beginning gardening videos. Click here for more information. You can even download a tour of what types of beds we have in our preschool gardens for free.

Squash bugs don’t bite, but if mosquitos are bugging you, check out: 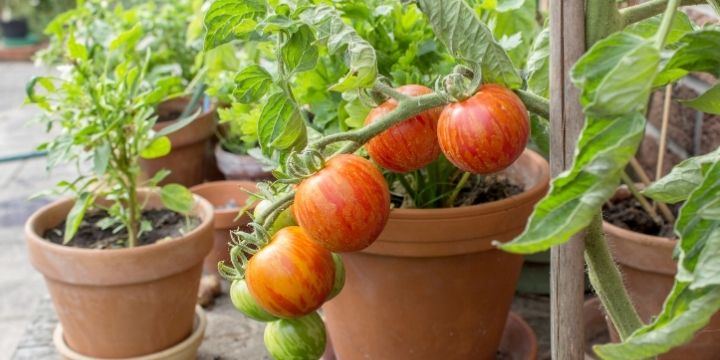 Tomatoes can be finicky growers to doing everything you can to give them a chance is great. Tomato companion planting is choosing plant neighbors for tomatoes that help them thrive. 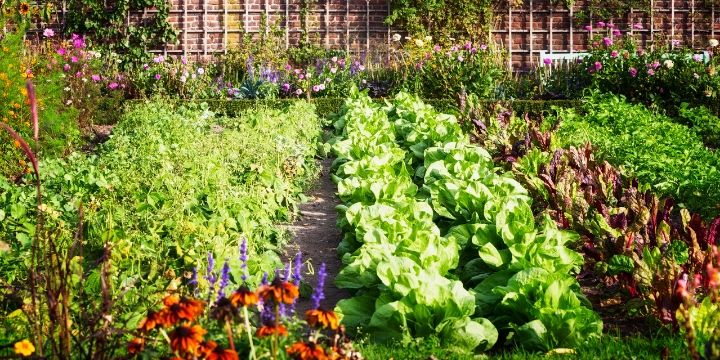 Bugs in the garden can be a real challenge. But is reaching for a can of spray the best first choice? Organic gardening is a great idea, but can you really garden without pesticides? 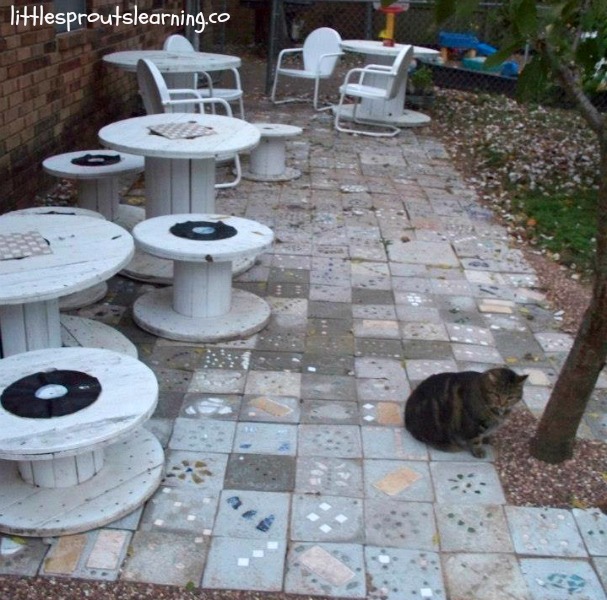 Would you love to have a unique and personal place to hang out in the yard? You can make your own unique homemade stepping stone patio. 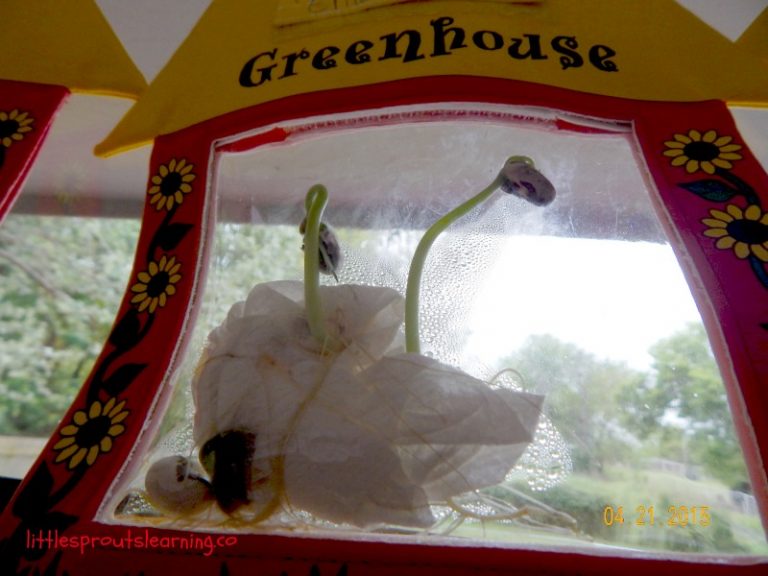 Germination is an AMAZING process. It is a fairly complicated process and hard for me to grasp as an adult. Teaching kids about germination is awesome. 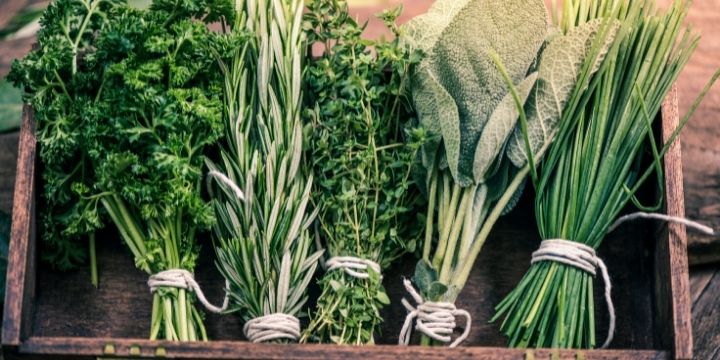 What would be better than having all the herbs you want right in your backyard? Learning how to start an herb garden with all your favorite herbs is simple and fun! 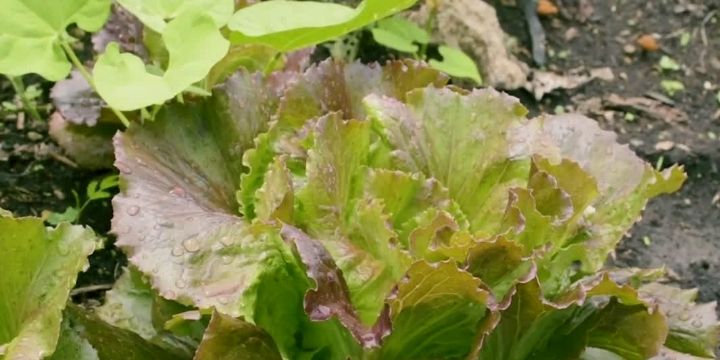 Companion planting for lettuce is growing plants with your lettuce that will support them nutritionally and protect them. What plants have similar water and sun needs?